There’s a knock on the bus door. Your bus driver opens the door and a gentleman dressed in a suit and hat reminiscent of the Roaring Twenties quickly enters the bus. He thanks the driver for allowing him on board, as he is being pursued by the local police for something he didn’t do. This is Benny da Weasel and after a quick introduction, he is about to welcome everyone to Windsor with a taste of some fine Canadian whiskey made right here in town. Suddenly a commotion outside catches his attention. It’s a newspaper vendor hawking his papers and when Benny invites him on board the bus to find out what all the commotion is we discover that the big news in the headlines is “U.S. Government Ratifies Prohibition”. Benny quickly recaps his bottle and apologizes for not being able to give away any of his liquor which it seems may now be a precious commodity, but he announces with a great sense of pride that he knows where we can get some and instructs the driver to head for the waterfront. The newspaper vendor whose name is Yorkie distributes to each passenger a souvenir copy of a newspaper with actual photos, editorial and advertising reminiscent of the 1920’s. This newspaper will help guide you along for the next few hours as you have been taken back to that period in history known as “The Roaring Twenties” and your Rumrunners tour has officially started.

Your bus will travel along the riverfront making several stops as Benny and Yorkie begin to tell the secrets of the bootleggers and the ingenious methods they used to smuggle liquor across the river in the dark of night and over the windswept ice in the dead of winter. They’ll tell of the bootleggers hideouts and divulge the location of the Speakeasies and Blind Pigs where the Purple Gang and Al Capone made their deals. A stop in Old Sandwich Towne will take you inside historical Mackenzie Hall where in the old courtroom, Benny will tell tales of the crooked cops and customs agents who were on the take. Benny may have to sneak away as one of the local police officers shows up. Don’t worry though because the officer knows as much as Benny does and he will continue to tell you the story of the Rumrunners. After boarding the bus, the officer will take you to the waterfront of Old Sandwich Town and the hidden coves where the bootleggers loaded up their boats and waited for the signal to speed across the river. You’ll get a close-up look of the Ambassador Bridge, which connects Canada to the United States and be told of the unique ways of transporting illegal liquor across it. The bus will proceed to Bedford United Church, which in the time of the Rumrunners was known as Sandwich Methodist Church. The officer will help everyone exit the bus and you will be greeted and ushered into the church by a member of the Women’s Temperance Movement. Grab a seat and hang on tight for you are about to meet the gun toting, fire and brimstone preaching reverend known as “The Fighting Parson”. Reverend Leslie Spracklin along with the help of the temperance woman will tell the story of “The Fighting Parson” and how he fought the bootleggers and owners of the blind pigs and speakeasies with fists and guns. After this raucous presentation, you will have a few moments to view some of the photo of Reverend Spraklin, hanging on the wall.

After boarding your bus, you discover that Benny da Weasel and Yorkie have returned. Together they will take you into the upscale neighbourhood of Walkerville, dominated by mansions built with rumrunner’s money. You’ll see Willistead Manor; built by the Hiram Walker Family, the grand Tudor Mansion built by Harry Low who went from being a toolmaker to a millionaire in a short period of time and hear the story of the famous Cooper Court.

During the tour, you’ll take part in a re-enacted Speakeasy, where the legendary Bertha Thomas, who operated one of the more popular speakeasies, will greet you. She served Hollywood movie stars as well as some of the most notorious gangsters. While you enjoy a delicious lunch, Bertha will tell the story of the Speakeasies and how they managed to operate right under the nose of the law. She will explain why many were built along the waterfront and tell tales of the secret tunnels to the river and passage ways to hidden rooms where even local politicians revelled in the illegal gambling and drinking. Of course, music was a big part of the Speakeasies and our resident piano player “Fingers” will tickle the ivories with tunes from that era. Feel free to sing along and if you’re really brave we’ll teach you the steps to the Charleston. Keep an eye out for the cops, because the place could be raided at any time.

Events for 1st May

Events for 2nd May

Events for 3rd May

Events for 4th May

Events for 5th May

Events for 6th May

Events for 7th May

Events for 8th May

Events for 9th May

Events for 10th May

Events for 11th May

Events for 12th May

Events for 13th May

Events for 14th May

Events for 15th May

Events for 16th May

Events for 17th May

Events for 18th May

Events for 19th May

Events for 20th May

Events for 21st May

Events for 22nd May

Events for 23rd May

Events for 24th May

Events for 25th May

Events for 26th May

Events for 27th May

Events for 28th May 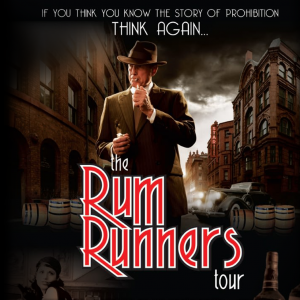 Events for 29th May

Events for 30th May

Events for 31st May