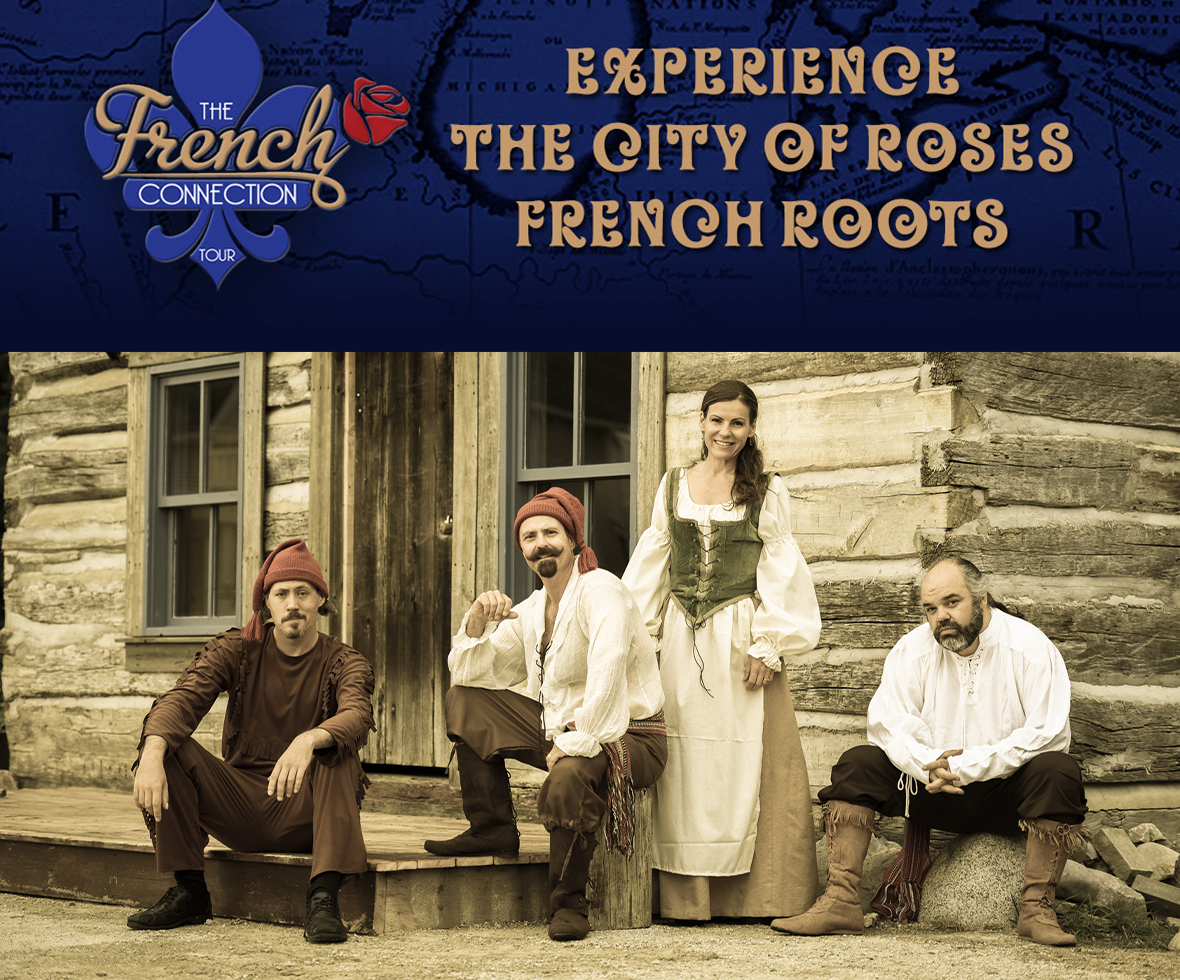 JOURNEY TO WINDSOR, ONTARIO, CANADA AND DISCOVER ITS CONNECTION TO FRENCH COLONIAL HISTORY

At the end of the 17th century, The French Colony of Canada (New France) was concentrated around Quebec, Trois-Rivieres and Montreal. Threatened with British intervention, the King of France gave the order to expand westward. A few explorers convinced several hundred adventurers to risk everything to establish a new life in this area.
This is the story of their hardships, accomplishments and “joie de vivre”.
This is also the story of le Detroit. A body of water that connects two Great Lakes and for centuries has been a connection to many great nations.
This is the story of “THE FRENCH CONNECTION”

The The French Connection Tour ticket sales has ended!